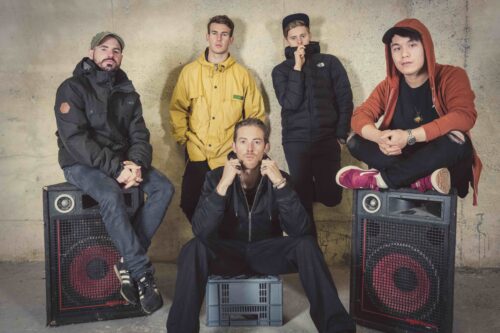 Tickets can be purchased from HERE

Calling all Hip-Hop heads, Reggae lovers and Rockers … You have just discovered you new favourite band.From the rolling hills of Pembrokeshire via Bristol, Barcelona and California, Regime deliver a brutal and inspirational medley of their broad influences. Loved by teenagers, anarchists, party goers and straight edge vegans alike, Regime offer serious substance that has something for everyone to resonate with.

Having shared stages with the likes of: The Skints, Gentleman’s Dub Club, Scroobius Pip and Akala, the band have quickly earned their stripes alongside some of the U.K’s finest live acts.

Tackling issues such as: drug abuse, arms dealing and government oppression, Regime speak directly to the hearts and minds of free thinking people. Social and political commentaries are blended seamlessly with hip hop, reggae and rock to make audiences jump, laugh and think.

Being raised on the likes of Rage Against the Machine, Dead Prez and The Roots has helped create this unique and ever conscious band.

Regime’s debut album ‘Push’ was crowd funded by their loyal fan base and helped created a buzz for the band back in 2015. Since then they have been performing across the U.K and Europe extensively. Highlights for the band have included performing at: Glastonbury, Boomtown, Secret Garden Party and Shambala.

Having just released ‘3dB’, Regime has added a new collection of great-sounding, fresh, and pounding tunes to their list of already impressive recordings. Get a copy, go to a show and discover your new favourite band.

“Blew me the f**k away” (Benji Webbe, Skindred)

“Some of the best rapping I’ve ever heard… These guys play HARD!” (Josh, The Skints)

“Regime always get the whole place jumping!” (The Fleece, Bristol)